The Association of Marathon Runners “Telmissos” of Nea Makri and Marathon, supported by the Women’s Association and the Youth Association of Grammatikon, and sponsored by the Municipality of Marathon and EOSLMA-Y, co-organize the 6,5km and 17km distance runs. The run starts and finishes in Grammatikon, one of the most beautiful villages of Attica. Both the 17km 6th Ramnous Run and the 6km Run start and finish in the Central Square of Grammatikon on Sunday, February 19, 2023. Start Time for the 17km Run: 10:00 am. Start Time for the 6.5km Run: 10:30 am. The 6,5km Run follows the same direction of the 17km with a turnaround at 3km leading back to the Central Square Grammatikon. Both Courses are “Out-and-Back” and electronically timed. All finishers will be granted medals and souvenirs, as well as traditional treats.

The race course is on an asphalt road and walkable forest about 2km with several uphill and downhill gradients. There is also an extra new 8.5km trail running route in the back of the Ramnous archaeological site including 2km country trail sloppy road in the woods which continues on a flat asphalt road until we again reach the main road that leads to the Central Square of Grammatikon.

There will be Aid Stations every 3km. with water-isotonic and banana. There will also be route marking and numbering per km 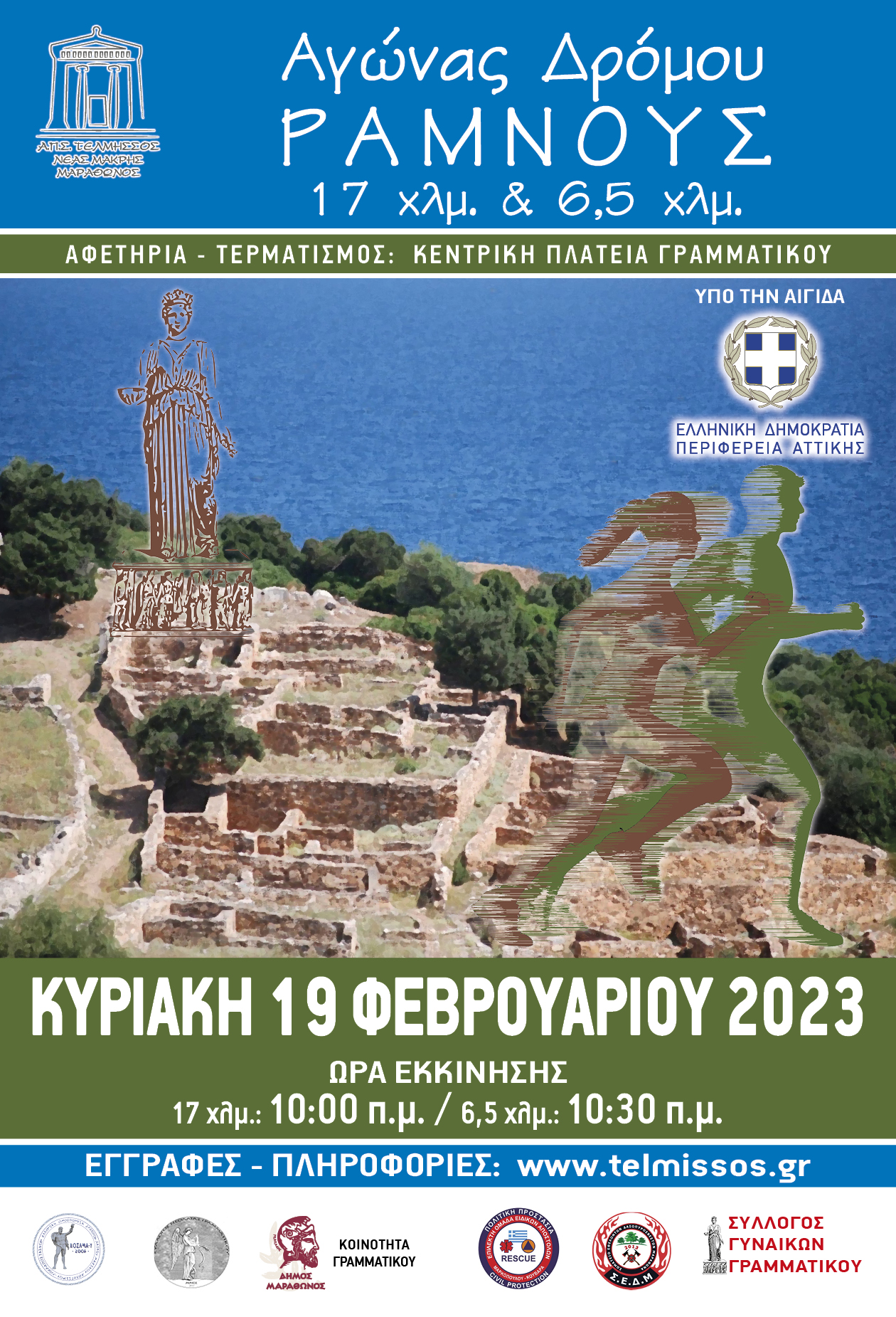 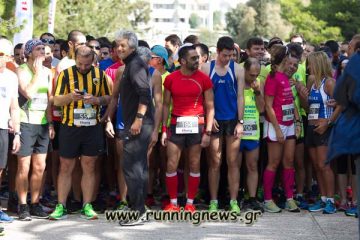