On the island of Sifnos, on July 8, 9 and 10, 2022, a three-day sporting event will take place, which will include a group swimming excursion (pro) distance of 7000 meters and a 24-hour countdown mountain running race on nine (9) selected routes from the network of trails of the island.

The swimming route will start at 7:00 in the morning of Friday, July 8 from the beach of Platys Gialos in Sifnos with the possibility of resigning at the first control station * and supply at 3350m. The finish will be at Fykiada bay at 7000m. This route will take place in case the wind intensity in the area is equal to or less than four ** (4) Beaufort. In case the wind intensity is greater than four (4) and up to six (6) Beaufort, the alternative route from Kamares to Vroulidia will be used with the possibility of leaving the first control station * and supply at 3830m and ending at 6600m. In case of greater wind intensity than 6 Beaufort, the trip will be postponed for the next day at the same time and respectively for the next. If it is not possible to do so, there will be a TOTAL REFUND of the MONEY CONCERNING THE PARTICIPATION IN THE EXCURSION. There is a limit on the number of entries for 2022 in the 50 places. Participants will be divided into groups according to the speed they want / can swim. Lunch will be served at the finish. After the meal the boats of the event will transport the swimmers in groups back to the starting point. ATTENTION: This is a demanding swimming trip and not a race. Therefore there will be no timing company. Nevertheless the times will be recorded by the event and will be available. Participants will also be awarded commemorative medals that will indicate the total number of kilometers achieved. * At each checkpoint, participants must request the special colored bracelet that certifies the passage through the point. The responsibility of obtaining the bracelet falls on the swimmer. ** According to the announcement of the Sifnos Port Station.

At 19:00 of the same day 8/7/2022 there will be a start for the race of long distance mountain running under the name Atromitos Sifnos ULTRA TRAIL 24H which consists of the following individual routes:

The Completion of all 9 routes approaches the 200Km and the 11,000m (+) positive altitude difference.

Detailed measurements will be posted on the race website https://www.fearlessevents.gr/el/atromitos-race soon.

The athletes start at 19:00 on the afternoon of Friday 8-7-2022 for the first route, upon arriving at Profitis Ilias they take a bracelet which certifies that they have reached the checkpoint and inversion and return to Firogia where his only station is located. match. There they ring a bell and receive a second bracelet, thus certifying the completion of route 1 and the start of route 2 on their part. They refuel from the station at their discretion and start route 2 with the same reasoning. All routes are considered complete with the return of the athlete to Firogia and the ringing of the bell. Individual timing there is only one clock that with the start of the race starts a 24 hour countdown. The last athlete (or the last ones if they move intentionally in a team) of each route goes out of the race and the 24 hour countdown determines the maximum number of hours available to the athletes to leave Firogia for route 9. The Athlete who will complete all 9 runs is considered to have finished the race. The rest are not among the finishers, but depending on the last race they completed, they receive a medal of the race in which the number of the last race they completed is indicated and the respective coat of arms is displayed. Eg 7-Copper Viper.

For the Atromitos Sifnos ULTRA TRAIL 24H race, the participation limit for 2022 is set at 50 (fifty) athletes.

Registrations and additional information on the race website https://www.fearlessevents.gr/el/atromitos-race

In all the above races are entitled to participate men and women who have completed the 18th year of age on the day of the race (born in 2004 and older).

ATTENTION: Athletes participate at their own EXCLUSIVE RESPONSIBILITY and must have been examined by a doctor before their participation.

All participants will sign a solemn declaration according to which they undertake the obligation and responsibility to take care of all the medical examinations that are necessary in order to take part in a race of high demands in terms of physical condition. In addition, it is mandatory to complete a relevant questionnaire that will be sent electronically in accordance with the current instructions of the General Secretariat of Sports as protection measures for COVID19. The starts will be given according to the protocols that will be dictated by the General Secretariat of Sports for the event that will be held during that time period. In case of emergency measures or restrictions by the state the race may be postponed or canceled. In this case, the athletes have the right either to transfer their participation in the future Atromitos Race Sifnos or to be reimbursed the price of their participation deducted from the bank fee (2 €).

The races are likely to be accompanied by other minor events of an artistic, educational or sporting nature, the program of which will be posted on the website of the event.

Note how the ATROMITOS RACE event reduces the environmental footprint of the race and will not include products in plastic packaging. 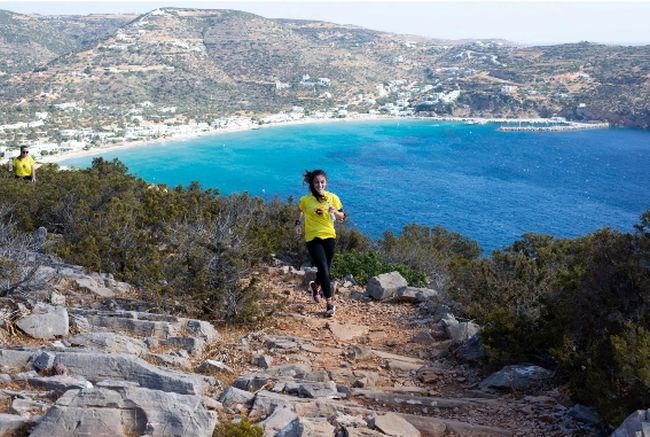 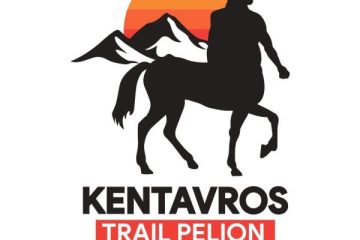 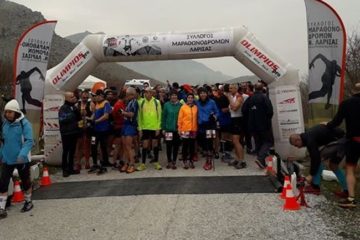 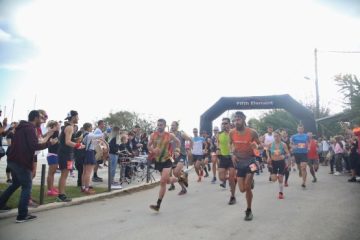