5 Health Foods You Should Stop Throwing Away

5 Health Foods You Should Stop Throwing Away

Every day, millions of people toss the equivalent of a multivitamin in the trash. It happens every time someone slices off those extra bits of vegetables and throws them a compost pile, or just throws them away, period.

When they do, they’re throwing away some serious nutritional benefits. Many (but not all) edible tops, stems, and seeds are loaded with important nutrients and antioxidants your active body needs to perform and look its best.

Here’s how to throw those kitchen castaways a line and pull them back into your diet.

The florets aren’t the only part of a head of broccoli you should be eating. When the tough exterior is peeled away, broccoli stalks have a tenderness akin to asparagus, and a sweeter flavor than their flowering top. Best of all, they’re jampacked with vitamin C, which is involved in countless bodily processes, including the synthesis of carnitine, a compound required for the burning of fatty acids in muscles.[1]Not just a one-hit wonder, broccoli stalks are also a source of folate, potassium, and manganese. 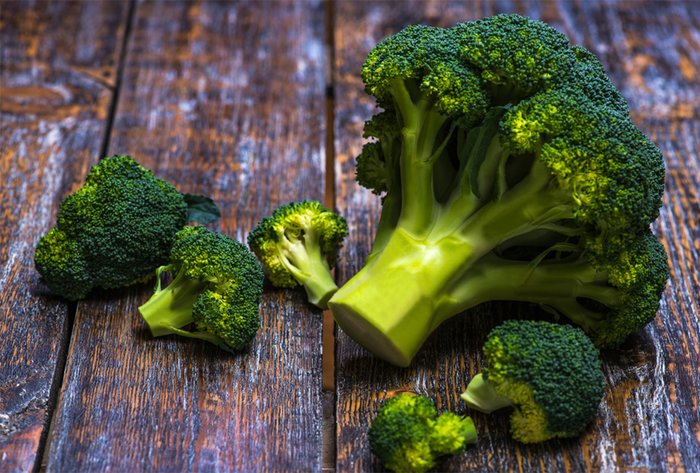 How to prepare broccoli stalks: After you cut off the florets, use a vegetable peeler or sharp knife to remove the tough outer layer of the broccoli stalk. Sliced thinly, the stalk makes a perfect addition to stir-fries, soups, scrambled eggs, and pasta dishes. You can also shred the peeled stalk and use it raw in salads and slaws. When cut into strips, a broccoli stalk makes a nutritious way to scoop up dips.

Beets are the perfect two-for-one vegetable: The bulbs and leafy tops are both edible and nutritious. Chuck out or compost those slightly bitter greens, and you’ll be tossing away large amounts of vitamin A, vitamin C, and vitamin K. A mere cup of beet tops provides nearly twice the recommended daily amount of vitamin K, a nutrient necessary for both blood clotting and bone metabolism. And don’t overlook the edible greens attached to radishes. They too can up the health ante of your diet. 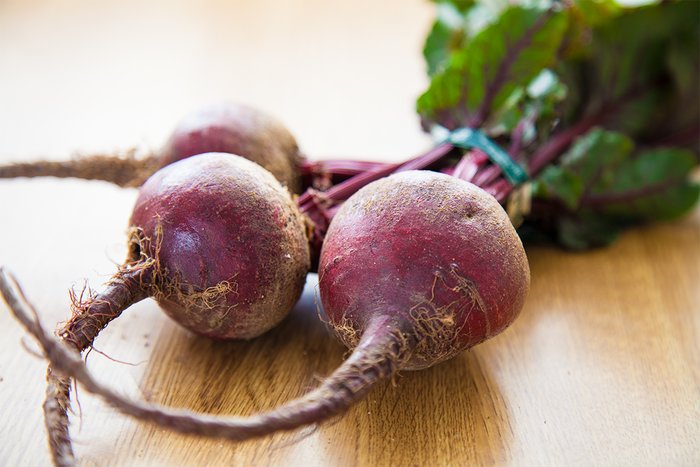 How to prepare beet greens: Use beet greens in dishes such as salads, pastas, and frittatas like you would other leafy greens like spinach and Swiss chard. For a nutritious—and delicious—side dish, try gently sautéing a bunch of beet greens with some olive oil and garlic.

Carrots, with their bounty of vitamin A, should be a fixture in your diet. As for the tops—why toss them? No, they’re not poisonous. Feathery carrot tops are perfectly edible and have a pleasant taste reminiscent of parsley.

Although no official government nutritional analysis is available, these greens probably contain vital nutrients like the vitamin K found in other greens. There’s also research to suggest carrot tops have robust antioxidant content.[2]Just be sure to separate the tops from the carrots once you’re home from the market. Carrot tops draw moisture from the roots, potentially leaving you with carrots so limp not even Bugs Bunny would want to nibble on them.

How to prepare carrot tops: Chop a handful of carrot tops and toss into everyday salads, or use them as you would an herb such as parsley in soups, grain salads, and bean salads. Also try using them as the main green in sauces such as pesto, chimichurri, or salsa verde that you use on meats and roasted vegetables. You can also save the stalks for when you want to make homemade soup stock.

Sure, seedless watermelon is convenient, but to get more nutritional bang for your buck go old school.

Like all seeds, the ones found in watermelons are the bearers of life and contain all the necessary tools needed to make an entire plant. This includes plenty of nutrients, particularly magnesium.

A study in The Journal of the American Osteopathic Association recently pointed out that dietary magnesium is necessary to have around for the proper activation of vitamin D in our bodies.[3] Select seedless melons and you lose all those vitamins that improve bone health and muscle functioning.

How to prepare watermelon seeds: Don’t just spit out those pesky watermelon seeds onto your plate. Instead, roast them in the oven like you would pumpkin seeds. The pleasantly nutty roasted seeds can then be used to add a nutritional punch to salads, trail mix, yogurt, homemade energy bars, and even oatmeal.

Mostly overlooked in favor of this plant’s leafy tops, Swiss chard stems should be treated as a vegetable in their own right. They have a celery-like texture and bittersweet taste when eaten raw, but a softer texture and milder flavor when cooked, making them a savory addition to all sorts of dishes.

Like carrot tops, there’s no official nutritional data for chard stems, but one report showed that they can be a source of glutamine, an amino acid necessary for a robust immune system.[4] When you use the stems from vibrant rainbow chard, they may also be a source of health-boosting antioxidants such as carotenoids.[5] 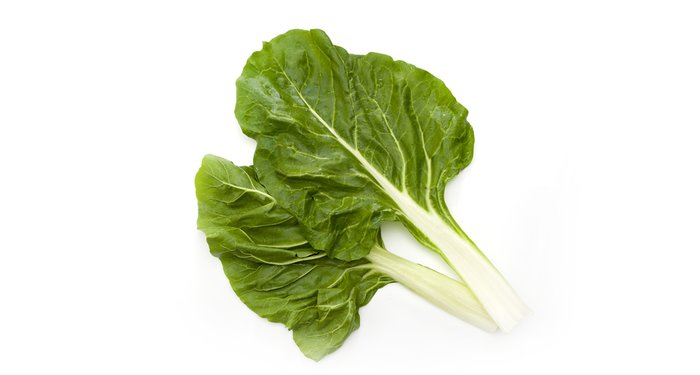 How to prepare chard stems: Just chop up the stems or, for extra flavor, sauté them with garlic and oil and add them to stir-fries, omelets, soups, and stews. If you’re cooking the greens as well, cook the stems first, sauté them until they caramelize, and then toss in the greens for the last minute or two. Thinly sliced, they also make a pleasant and unexpected addition to salads. Some people even pickle chard stems, which can then be used to gussy up all sorts of things like sandwiches and scrambled eggs.

Elliot
Reply
Hi there! Such a good article, thanks!